Corangamite swung back to the Labor party for the second time when Richard Armstrong Crouch was elected in 1929. Crouch a lawyer and the son of a miner from Ballarat had first served the Parliament in 1901 when at just 32 he was the member for Corio -the youngest member in the house at the time.

Couch had commanded a battalion at Gallipoli and was a wit and a radical who opposed conscription. His political career was short lived and after one term he was defeated and decided to forsake politics for philanthropy travel writing and, as member of the Royal Victorian Historical Society he encouraged Australians to take a greater interest their history.

He is perhaps most remembered for initiating the avenue of busts of Australian Prime Ministers in the gardens at Ballarat and bequeathing funds for maintaining the collection. I wonder how many of the many tourists who visit the beautiful Botanical Gardens in March each year for the Begonia Festival would know that the instigator of the “Prime Ministers walk” was indeed once the member for Corangamite. 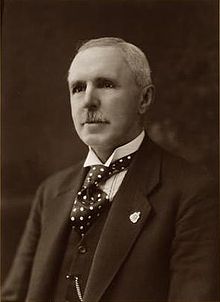 3 thoughts on “Spotlight on Corangamite-a swing back to Labour”