Its Election time!!!!
The seat of Corangamite was created in 1901 (at the time of Federation). Corangamite is named after the salty Lake Corangamite and is an aboriginal word meaning bitter…..
The very first member for Corangamite was James Chester Manifold . James was one of three Manifold brothers who were pastoralists in the Western District. His property ‘Purrumbete’ near Camperdown was a centre of dairy farming and he helped found the Camperdown Cheese and Butter factory. Reckon he would have a few things to say about he plight of the dairy farmers and the “butter wars”.

Manifold served from 1901 -1903, but he held the office for a second time defeating the sitting member, future Prime Minister, James Scullin, in 1915.
He seemed a pretty decent sort of bloke and was described as broadminded, straightforward and having the interests of the people of Corangamite at heart. He died at sea in1918 while working for the Government reporting on military camps and hospitals and investigating rehabilitation schemes. News of his death reached his only son while he was serving on the western front at Ypres. 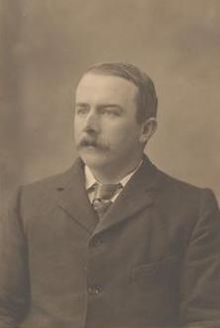